The Most Used Revenue Management KPI’s for Hotels

The Most Used Revenue Management KPI’s for Hotels

A key performance indicator can provide revenue managers and hotel owners with valuable information about the performance of their business. This subsequently has the benefit of allowing them to implement a revenue management strategy, so that they can maximise financial business results. In this post, we look at some of the most widely utilised revenue management KPI’s and how they can help you.

What are Revenue Management KPI’s?

Within the hotel industry, revenue management is the practice of selling the right room, to the right guest, at the moment, for the right price, via the right distribution channel, with the best cost efficiency. More information about revenue management you can read in the article “Revenue Management; clearly explained!”.

Essentially, revenue management KPI’s can be described as performance metrics, which help business owners to assess the current state of their business and make informed adjustments to things like pricing and strategy. As a result, these KPI’s can enable hotel owners to optimise their business practices and maximise revenue.

Occupancy rate refers to the number of available rooms in a hotel that are occupied at any given time. It can be used to assess how efficient a hotel is at making use of the space available and can be used on conjunction with other metrics to maximise revenue. The occupancy rate is expressed as a percentage and calculated by dividing the number of occupied rooms by the total number of rooms.

Average daily rate, or ADR, is a KPI which tells hotel management the average rental income per paid occupied room. It is not concerned with revenue that is generated from other sources, such as room service, and is calculated by dividing rooms revenue earned by the number of rooms sold. It is one of the most useful revenue management KPI’s, allowing for comparisons with other hotels in the nearby area, or with similar characteristics.

Find more detailed information about ADR in the article “What is an average daily rate (ADR)?”.

Revenue per available room, or RevPAR, deals with the average amount of revenue being generated per available room in the hotel, regardless of whether they are occupied or not. It can be calculated by either dividing rooms revenue by the number of rooms available, or by multiplying the average daily rate by the occupancy rate. This KPI is especially useful for measuring the overall revenue generating performance of all of the rooms in a hotel.

Find more detailed information about RevPAR in the article “What is RevPAR?”.

Find more detailed information about RevPOR in the article “What is RevPOR?”.

Find more detailed information about GOPPAR in the article “What is GOPPAR?”.

Find more detailed information about TRevPAR in the article “What is TRevPar?”.

Net revenue per available room, or NRevPAR, is another revenue management KPI that looks at the amount of revenue generated on a per available room basis. However, NRevPAR focuses on net revenue, which means distribution costs associated with selling a room are deducted from room revenue first, before that figure is divided by the number of available rooms in the hotel. It can present a more accurate picture of the actual revenue received from the rooms sold.

Average revenue per account, or ARPA, is a revenue management key performance indicator used to show the average amount of revenue generated per customer account, over a particular period. It is usually calculated on a monthly or yearly basis and the time period chosen can easily show hotel owners the average revenue value of existing customers, or the value of new customers. ARPA is calculated by dividing monthly recurring revenue by the total number of accounts.

Find more detailed information about ARPA in the article “What is ARPA?”.

Earnings before interest, taxes, depreciation and amortization, or EBITDA, is an increasingly important KPI. It is used to demonstrate the day-to-day operating profitability of a hotel, after removing variables like interest rates from financing, tax rates set by different governments and different takeover histories, as these factors can distort results. Therefore, it is especially useful when comparing the financial performance of businesses in different regions or industries. It is calculated by subtracting all other expenses from total revenue.

Find more detailed information about EBITDA in the article “What does EBITDA stand for?”.

Each of the most used revenue management KPI’s have their own value, although they are more useful when viewed in context, alongside one another. By using key performance indicators, The hotel management can get a clearer idea about the performance of their business and make informed, data-driven adjustments to pricing and strategy.

Revfine.com is a knowledge platform for the hotel, hospitality and travel industry with practical tips to optimise revenue. Yearly more than 1 million professionals use our tips to increase revenue, innovate processes and improve customer experience. You can find all hotel & hospitality tips in the categories Revenue Management, Marketing & Distribution, Technology and Software.
Revfine.com2020-02-07T11:31:56+01:00 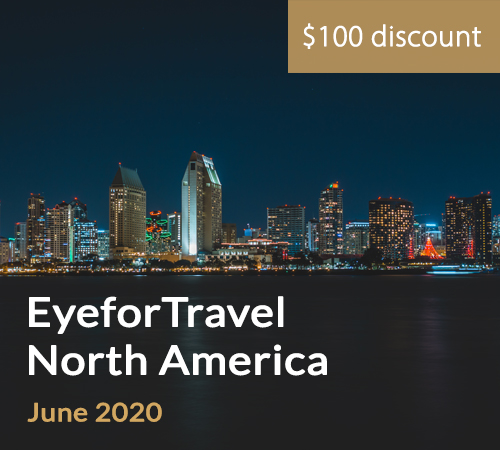